How TikTok is revolutionising the music industry, one video at a time.

Millennials might associate “Tik Tok” with Kesha’s 2009 breakthrough hit. Conversely, Gen Zers will immediately associate the term with the short-form video app that has taken the virtual world by storm.

After merging with Musical.ly, the Chinese app became the United States’ most downloaded app of 2018. In February 2019, the app hit 1 billion downloads (excluding Android downloads in China). With more than 689 monthly users (as of April 2021) and 62% of US users aged between 10 and 29, it almost seemed “natural” for Sony, Warner and Universal to invest in such a platform. 2020 saw TikTok signing licencing deals with these three major labels, cementing its growing importance in the global music industry.

But how did TikTok get to this level? And how do complete unknowns end up signing major label deals through TikTok?

But what exactly is TikTok?

TikTok is based on the power of attention-grabbing and instantly gratifying 15 to 30-second videos (with an upper limit of 60 seconds). Dances, lip syncs, memes and challenges form the basis of visual content. The clip can either include a track that’s already in the app’s database, or it can include original audio uploaded by the user.

These videos are then viewed by other TikTok users. Viewers can either be the creators’ already-established follower base or other TikTok users who discover the video via the algorithmically-enhanced “For You Page”. Think of it as Instagram’s Explore – where users are shown targeted videos based on their viewing patterns. Viewers can use the same audio for their own video, creating repeats and ultimately, viral trends.

How does music marketing come in?

TikTok’s algorithm empowers creators with fewer followers to reach a large number of people. It all boils down to the “For You Page”, which makes virality possible. Each video is seen as a separate piece of content, irrespective of the creator’s following. Therefore, any video has the potential to go viral.

What’s more – a trending tune or music challenge will be copied by other creators, whose videos can also go viral. This is called multi-viral promotion and can generate an astonishing reach.

A TikTok music strategy should focus on entertaining challenges and attention-grabbing videos whose content might not be necessarily related to the music it’s promoting. The fact that all of this can be done using the creator’s phone is appealing to music labels since an effective TikTok strategy doesn’t require a huge budget to aggregate views and followers.

Most of the headlines have revolved around the TikTok phenomenon of transforming unknowns into bonafide TikTok stars seemingly overnight.

The platform is credited with the rise of Lil Nas X – whose record-breaking hit “Old Town Road” turned into a viral meme on TikTok and led to the artist’s breakthrough. Other successes, such as Blanco Brown’s “The Git Up”, Doja Cat’s “Say So”, Serena Isioma’s “Sensitive” and Nathan Evans’ sea shanties have all shown that TikTok is now a major music industry player that is shaping the musical tastes and trends of Gen Zers. It’s safe to say that the app is an A&R pandora’s box, as music labels and A&Rs are now using the app to predict an artist’s virality and to find bubbling talent. In fact, in 2020, TikTok claimed that 70+ artists that had broke on the platform had signed major label deals.

A&Rs are also pushing the already-established artists on their roster to install TikTok and reap the benefits of the seemingly anarchic platform. Majors are now scrambling to collaborate with TikTok influencers to create “challenges” for artists’ singles. TikTokers are raking in hundreds, if not thousands, of dollars per post for such content. In an interview with Business Insider, TikTok influencer Alex Stemplewski revealed that he charges up to $1000 for a single post. It’s safe to say that the TikTok influencer market is booming.

Additionally, past hits are being rediscovered by a whole new generation. Take Fleetwood Mac’s 1977 “Dreams” as an example. The track skyrocketed to the top of the charts in 2020 after a TikToker posted a video of himself skateboarding while vibing to the Fleetwood Mac classic. This unexpected success, 43 years after the song’s original release date, inspired Fleetwood Mac members Stevie Nicks, Mick Fleetwood and ex-guitarist Lindsey Buckingham to join TikTok and create their own interpretation of the viral TikTok video.

In 2020, the Trump administration’s tirade against Chinese apps such as TikTok led Facebook to create an integrative feature to their already successful Instagram app. Enter Reels.

Facebook has a track record of “copying” the features of competing apps. Take Facebook Stories, the Snapchat-like feature as an example. The feature’s success has led to a decline in Snapchat usage, with major celebrities such as Kylie Jenner quitting the platform.

Facebook even took inspiration from TikTok’s popular “Duets” function – which allows users to create their own video alongside an existing video. In March 2021, the company announced the global launch of the “Remix” function on Instagram Reels – which is very similar to the original TikTok feature.

With Instagram Stories, Facebook managed to quasi-overtake its competitor Snapchat. Till now, TikTok’s virality and its popularity amongst Gen Zers have been key to its success. Only time will tell if Instagram Reels will prove to be so popular as to overtake TikTok.

Without a shadow of a doubt, TikTok’s video formula is an astounding global success.

In a world where streaming, social media and digital partnerships reign supreme, the global music industry is recognising the power of apps such as TikTok. Industry players are using TikTok’s features to amp up their artists’ virality and discover artists from all across the globe that would otherwise not have been discovered.

Ultimately, TikTok proves that fans and target audiences are becoming even more influential when it comes to making or breaking an artist. Major industry players are now trying to keep up with audiences’ thirst for new music, visual content and a diverse range of artists. 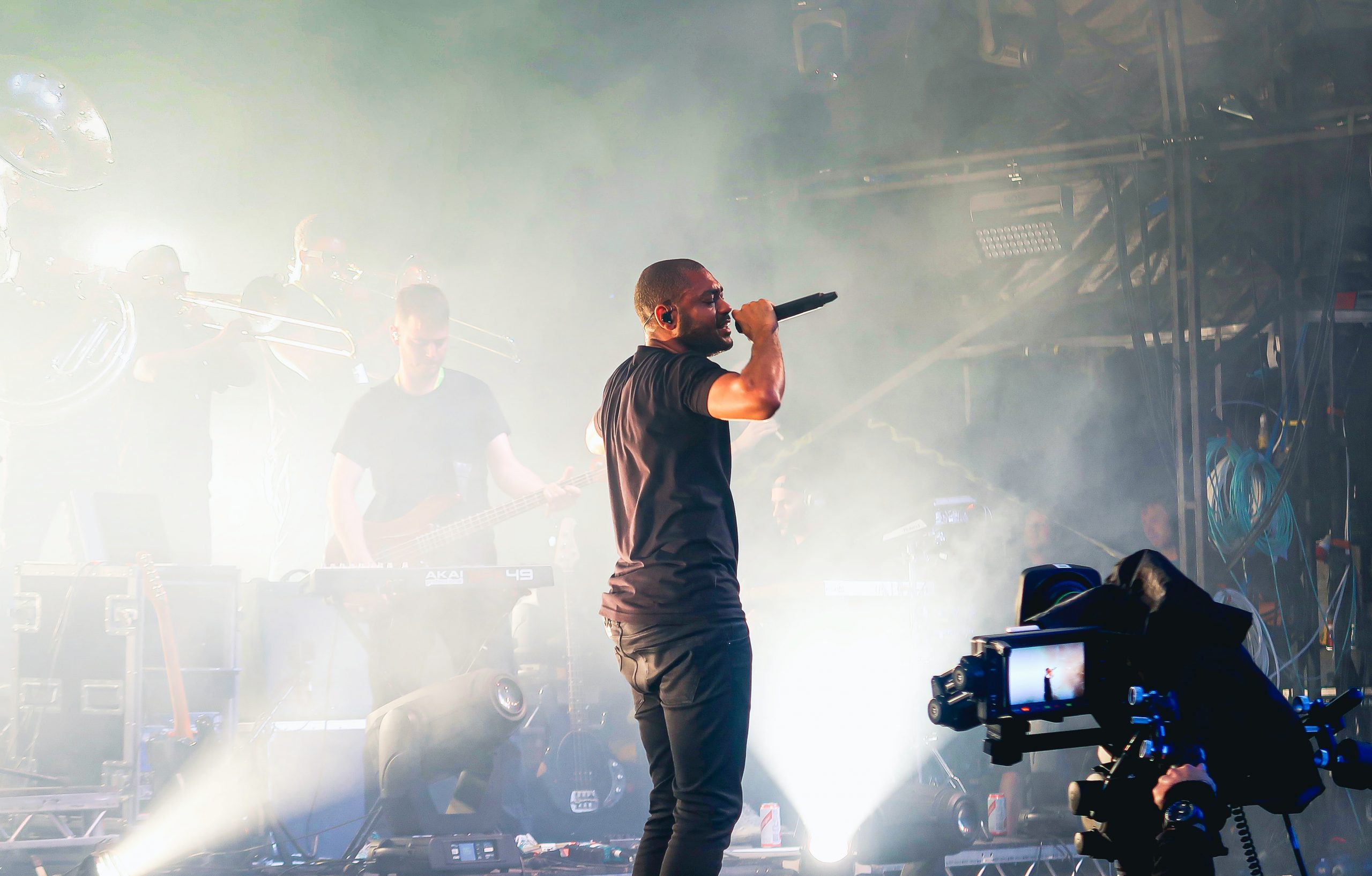 Andy Spence explores the fallout of the COVID-19 pandemic on the UK live music industry.

Why should you use smart links and where are the best places to post them online? 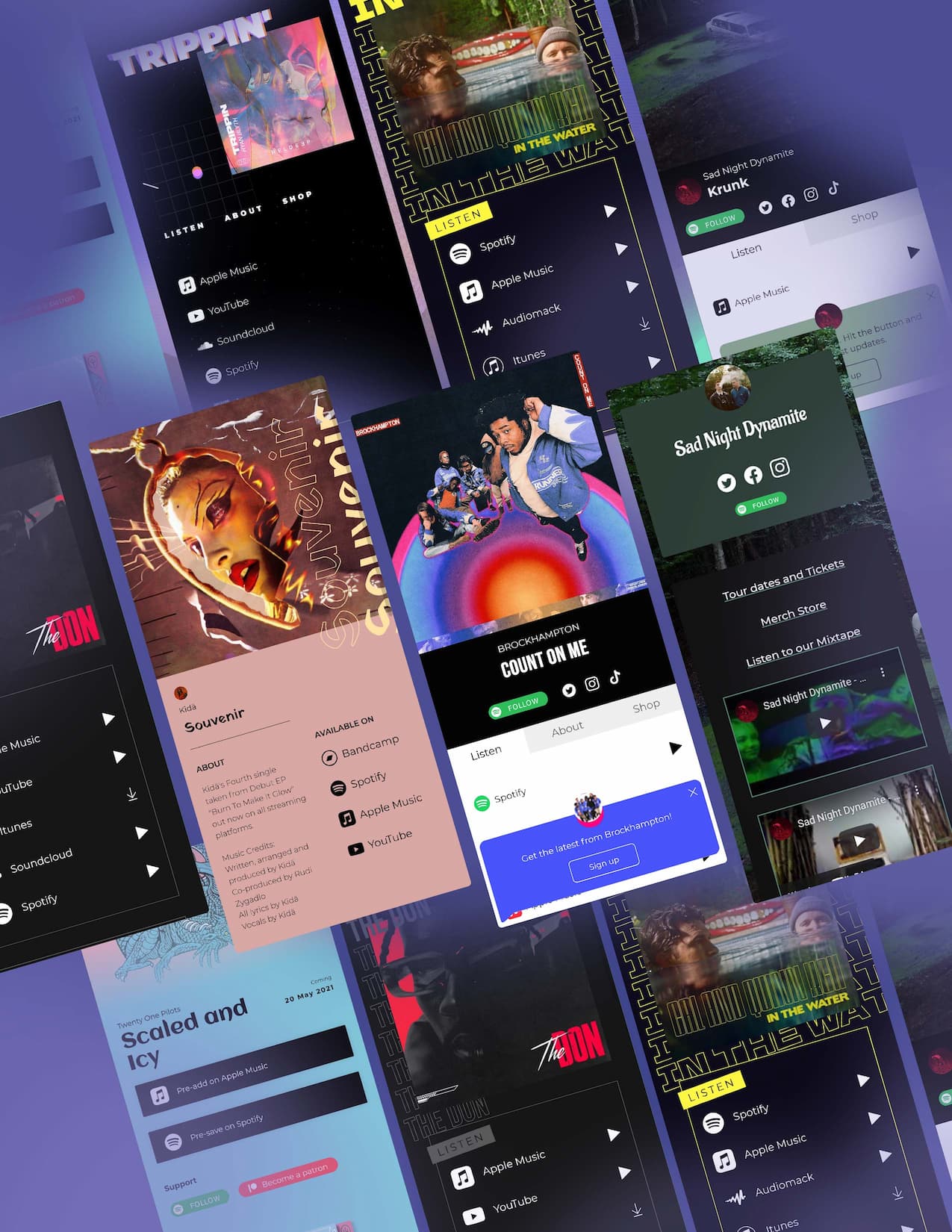 Smart links: The essential tool for the business-savvy musician

What is a smartlink? Why should you be using it and how does it benefit you as a musician or creator